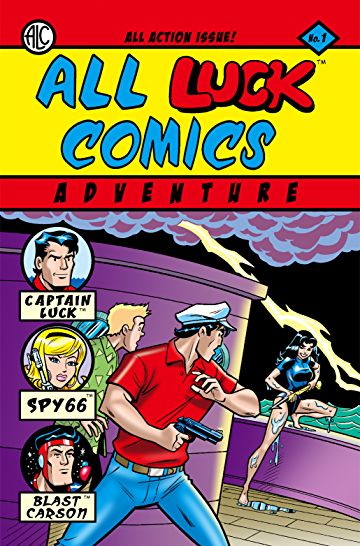 A couple of quick housekeeping items before I get to the Hot New Comics of the Week:

I was promised help this week from my podcast mates. They did not deliver. And, thus, these picks are once again the sole responsibility of me – your friendly Casual Comics Guy. I’ll take all the blame (and of course, the accolades) on these picks.

But, do take a moment to listen to the podcast if you haven’t yet. And feel free to leave comments in the web zone below.

Casual Comic Picks of the Week

OK – it’s the first issue in a series. Just the right time to get on board with the comic. The Frankenstein myth is also an easy gateway into an unfamiliar title. 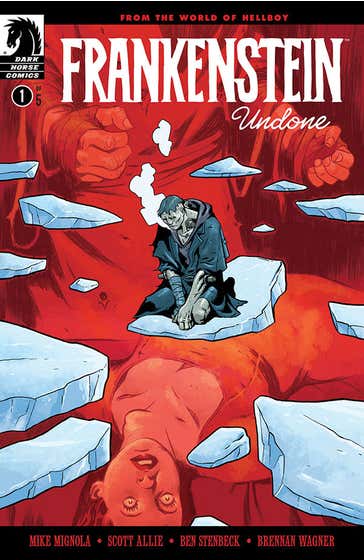 Mignola takes on Frankenstein!  Frankenstein’s creator lies dead in the icy grip of the Arctic, and the monster searches for a new purpose. Just as he thinks he’s found one with a group of unlikely companions, disaster strikes–and the monster is catapulted out of Mary Shelley’s novel and into the world of Hellboy. Bridging Mary Shelley’s original Frankenstein novella and Mike Mignola’s Frankenstein Underground, this series brings together Mignola, Scott Allie, Ben Stenbeck, Brennan Wagner, and Clem Robins for an all-new horror adventure in the far north.

I’m not familiar with Mignola’s “Frankenstein Underground”, but he’s got an excellent track record for interesting gothic tales. Oh, so many years ago, I loved Fred Saberhagen’s “The Frankenstein Papers”, and the solicit for this comic gives me the same chills.

I’ve heard a ton of great things about this series from the fine gentlemen over at the Two Headed Nerd podcast. If you don’t already listen, you should.

Also, in running down my top movies of 2019, I find myself putting “Knives Out” easily in the top 5. So, maybe it’s time for the reinvention of the murder mystery genre. 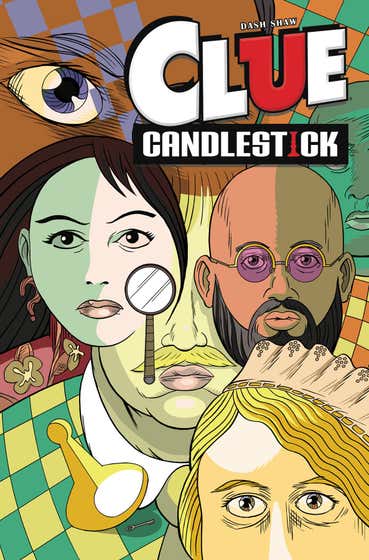 Who did it? How’d they do it? And where? Answer these classic questions and solve the mystery in this graphic novel based on the timeless detective game. Cartoonist auteur Dash Shaw unleashes his murderous imagination on the quirky, thrilling, and mysterious world of Clue! Ripe with puzzles, secrets, and lies, everyone’s a suspect in this suspense-filled whodunit! Was it Miss Scarlet in the conservatory with the lead pipe? Suspicions mount as bodies start piling up.

More than 50% of my interest is from the raves that this got from the THN podcast. Now that it’s in a collected edition, sounds like the perfect time to pick it up.

That’s a lot of characters from a lot of different universes all packed into one comic. How did they get through seven issues without me knowing about this title? Guess it’s my lack of ability to get to the comic shop every week. 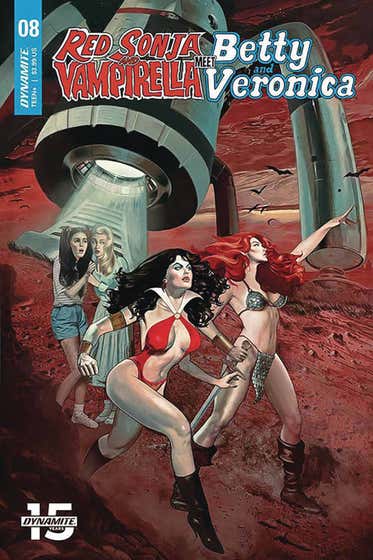 Ever wonder how Red Sonja and Vampirella could make it to Riverdale to hang out with Betty and Veronica? Now you’re about to find out! But to do so, you’ll have to travel deep into interstellar space, for the answer lies not on Earth, but on Drakulon! And the revelation is TWICE as bananas as you could imagine!

Did I ever wonder… I absolutely did as soon as I read the title. If it was only as bananas as I could imagine, I might just wait. But it’s apparently TWICE as bananas as I can imagine. And that’s pretty darn bananas. Count me in for this issue.

I’m going to go ahead and assume that there’s no exaggeration going on here, and that this book is 2x as much craziness as I can imagine and name “Red Sonja and Vampirella Meet Betty and Veronica #8” as my Casual Comics Hot Pick of the Week!

Until we meet again… Cheers!

Out of Context Comic Panels – Not the Cinco de Mayo edition

As a casual comics fan, one of my favorite things is just how ridiculous comic books used to be.

Marvel Comics are now the backbone of a multi-billion dollar entertainment industry.

Had you asked me 30 years ago whether this would ever be possible, even on my most optimistic day the answer would have been a resounding “No!”

And to illustrate why my answer would have been so definitive, I present to you “out of context” comic panels. For example, look at these actual panels from an actual comic published by Marvel.

Quick recap to add just a smidgen of context. The two characters in the first panel are:

Doctor Doom: Archenemy of the Fantastic Four – probably their greatest nemesis. His powers include – Super-intelligence (like Iron Man level or greater), an army of robots at his command, ruler of a sovereign nation (Latveria), and mastery over the dark arts of magic.

Namor (aka – The Sub-Mariner): Sometime villain, Sometime hero appearing in comics since 1939. Ruler of the underwater kingdom of Atlantis. His powers are that he’s super-tough, super-strong, and can breathe underwater and fly.

These two major villains – both rulers of their own kingdoms – are fighting over a “sea horn” that is hanging from a drop ceiling like one in a cheaply finished basement.

Actually, they’re not fighting over the horn, simply whether Doom should “toot” said horn. And once he does, this somehow makes him laugh “Ha-Ha!” and then immediately claim mastery over the entire world.

There’s so much more going on here that I could spend too much time analyzing. But, I won’t. I’m just going to leave this filed under “Out of Context Comic Panels” because these make me happy to be a casual comics fan.

The Greatest Captain America Panel of all Time

It’s been a long while since my last post. Life has been hectic, but it’s time to get this party bus back on the road.

If you’ve been listening to the Two Headed Nerd Podcast, you may be clued into the ways I’m thinking about bringing this blog and the related podcast back to life. If you haven’t, I’d highly recommend listening to all their content, because it’s one of the best comic book podcasts around. Stay tuned for further announcements.

In the meantime, in honor of the 4th of July, I’ll leave you with my favorite panel in Captain America’s history. The Two Headed Nerd Podcast has a feature call “The Onomatopoeia of the Week”.  In this instance, the combination of the dialog and the onomatopoeia creates a magical blend. 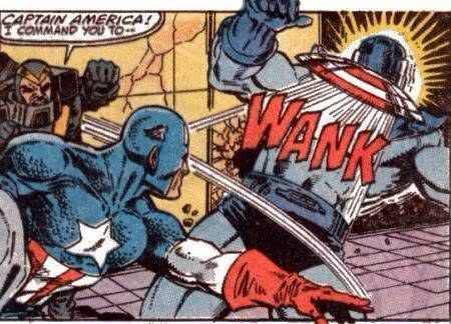 You might ask yourself where I’ve been since the last update. I’ve been asking myself the same question.

Part of the answer is this – I’ve been working on a new podcast! 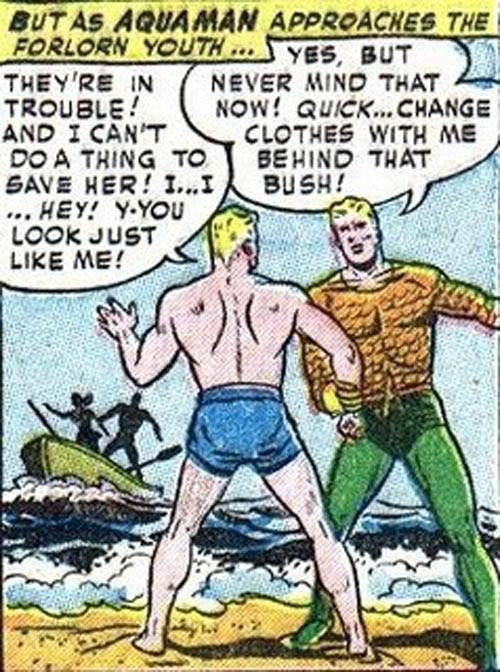 The other 90% is laughing at old DC comics panels out of context.

A little bit about the podcast:

As you know, I know a lot about a very little cross-section of comics culture – Marvel comics, especially from the 80s and 90s, comic book movies and TV, and whatever I luck across on the comics racks on the occasions when I do get to hit the local comic book shop.

Mo knows even less – but she really wants to learn. So here’s the question… can someone who is really new to comics – including the movies and TV shows – get “into” comics, or is it still too exclusive and difficult to navigate?

We’ll explore a multitude of topics, but we’d love your comments and feedback on our pilot, wherein we try and figure out how to make a podcast a thing while also talking about the trailer for “Suicide Squad”.

Please post comments below. We’re looking for your help in shaping the future of the podcast.

Four awesome things about this issue:

The issue starts out, wonderfully, in media res. The splash page shows the Vision, arm melted into a twisted slag. The guy can turn hard as a diamond or completely intangible. The sight of the Vision – in pain, arm smoldering brings immediate intensity to this issue.

Who knew this was even a thing that could happen?

Via flashback, the readers come to see just how Vision got into this mess. And, delightfully, it involves more family drama.

Robert Frank has another son, Nuklo, a 32 year-old nuclear beast with the mind of a child. Frank wants the Vision and Scarlet Witch to help him take back custody of his abandoned child from the research facility where he is being kept.

Once again, the art is wonderfully ahead of its time for a comic of this era – minimalist, yet striking use of lines and shading. And, the non-linear storytelling really works – helping parcel out more complex backstory and the emotional trauma while maintaining tension.

You all know that Vision and the Scarlet Witch have a special place in my heart. Rereading the stories convince me that the Marvel miniseries I knew and loved still hold up today.

Daredevil’s got a new series coming to your TV screens. If you have Netflix, that is. Should you be excited?

Daredevil is a guy with an odd name for what he actually does. The name would suggest an Evel Kenevel-type, motorcycle-jumping, shark-defying… well… daredevil. END_OF_DOCUMENT_TOKEN_TO_BE_REPLACED

Into the Void – Comic Preview

For those of you who don’t know, I’m actually working on my very first comic book – “Into the Void”.

Jim Mehsling, a local artist, is doing all the visuals (pencils, inking, lettering, and about a million things I’m sure I”m forgetting). We just posted the roughs of the first page to give you an idea of the look and tone of the book. Character designs, history, and so much more is all on our other blog. 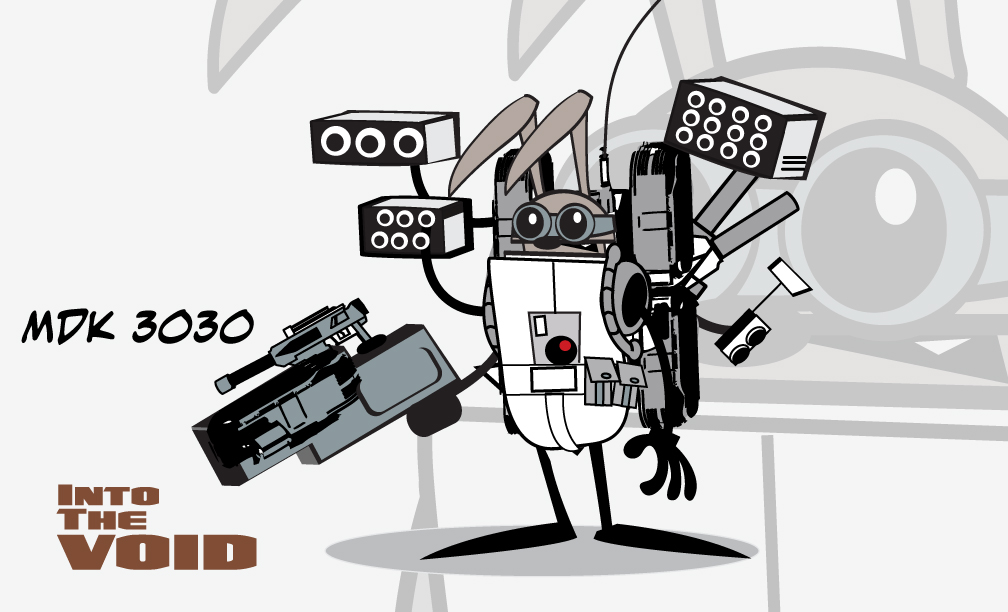 Like this character. You’ll have to go to the Into the Void blog to get his story.

Take a look and let us know if you’ve got any comments. I’ll post back here when we’re finished posting the full “sneak preview” of the first five pages.

Posted in Casual Comics Guy, Featured, Into the Void

On we go with more cool artists I met at SDCC. I asked Albert if he would do an original piece of the Vision and Scarlet Witch. These are two of my favorite characters, as I have mentioned over and over. END_OF_DOCUMENT_TOKEN_TO_BE_REPLACED

I’ve always had a weak spot for this duo. I have no clue what is going on in the Marvel Universe today, but the Vision and the Scarlet Witch are my all-time favorite characters. Both are outsiders END_OF_DOCUMENT_TOKEN_TO_BE_REPLACED