Wednesday was just a travel day for me. Flew in around 1:00. Got picked up by Anthony Fankhauser, my movie producer friend and roommate for the weekend.

Anthony was late to the airport, foreshadowing our roommate relationship for the whole weekend.

I had planned to meet up with my SDCC friends, Justin Bolger and Michelle Gilness, a couple of cool people that I met at SDCC 2011. We haven’t met in person since then, but such are the ways of SDCC. It unites people across space and time in a magical vortex of insanity and fun.

Awesome Coincidence #1 of SDCC 2013: when I called Justin, he and Michelle were already at the hotel where I was staying – the Town and Country Resort. Why were they already there? Apparently four-day badge pickup was available on Wednesday night. And of all the places to have early pick-up, it just happened to be at my hotel, five miles away from the Convention Center.

So, instead of waiting to get in a huge line Thursday morning and waiting to pick up my badge, delaying my Comic Con adventure, I was able to pick it up as soon as I arrived.

By far, the shortest line I would stand in all week.

I showed up. The people I was planning on meeting were already at my hotel. My badge was ready and waiting. All completely unplanned by me?  Score one for the good guys.

Now, here’s the deal. Even if you’re not one of the lucky people able to put your hands on a Comic Con badge? If you’re a pop culture fan, just go anyway. The whole Gaslamp is on fire with people in for Comic Con, and there’s always something cool happening.

Our Wednesday consisted of dinner at The Yard House, followed by two parties of wildly varying quality. 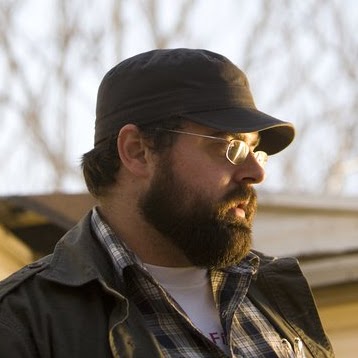 The SDCC Blog held “Enchantment Under the SDCC – The SDCCBlog & Outside Comic-Con Fan Event!”  (10 internet points for the reference). The title is quoted from their web site, and I left the exclamation point because it assuredly deserves at least one, if not more.

First off, if you’re even thinking about attending Comic Con, you should follow their blog. Also, if you want recaps of the coolest panels, swag, and costumes, they are also the hub for you. I know that Casual Comics Guy is pretty alright, but SDCCBlog is the beginning and end of my preparation and debrief for SDCC.

Bonus! The Enchantment Under the SDCC Party had cool people show up that made their own Doctors.

They also throw a pretty wicked party. I walked away with a pretty sweet T-shirt that also served as a useful tool for remembering where and how to check Twitter for updates on line status. Got some free Pop Chips, too.

We then walked over to another nearby party and almost immediately walked back. The “Super Hero Party” at the Side Bar was deadly. Side Bar : Geeks::Snakes: Indiana Jones

There was no one there for a while. Then some “bros” showed up. Then, even though there were only about seven people there, including four people in my party, they started turning people away at the door for “dress code”. At Comic Con. Dress Code? At Comic Con? What? Here’s my advice. Do not ever go to the Side Bar.

(Did I mention that the Side Bar is terrible?)

We went back to Enchantment Under the SDCC for a bit. They raffled off some cool geek gear, a couple of one-day passes to Comic Con, and the number on most desired item among the crowd gathered… a “front of line” pass for the Hasbro booth.

Are you kidding me? For those who have never been to Comic Con, the Hasbro booth has a ton of exclusive merchandise. You have to get in a line outside at 4 a.m. in order to hope to get a spot in their line inside that lets you have a chance to stand in another line for an hour, hoping that whatever you want isn’t sold out by the time you’re at the register.  (By the way, the Boba Fett Black Series sold out the first day)

Gaze upon his wonders, geeks. Yet, ye shall never possess him.

So, after that, we were more careful. We wandered over to McFadden’s and spent the rest of the night at “Nerdioke”, the best and most fun karaoke party I’ve ever attended. As we walked in, we heard a demonic voice growling Green Jelly’s “Little Pig, Little Pig”. When we hit the main floor, we were shocked to see a slight, short girl bellowing with rage into the microphone to enthusiastic applause.

It was like a normal karaoke bar, only good. And the highlight of the night was when this guy took to the stage – he must’ve been a Broadway or Las Vegas performer – and blew the crowd away. His voice was spectacular and he had the whole song down pat. Emotion… passion… He had it all. By the end, the crowd was following him around the floor and dancing arm in arm. To wild cheers and bouncing, he led the cheering throng in a dance of glee around the whole bar.

The song? “Be Our Guest” from Beauty and the Beast.

And that, my friends, is why Comic Con is the BEST.

Click here for the rest of my SDCC 2013 updates.